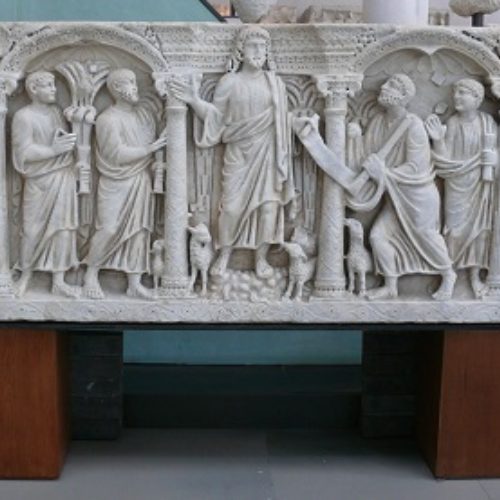 This project investigates conceptualizations of interiority and the Self in the corpus of hagiographical texts connected to the fifth-century monastic community of Lérins. It will examine how the conceptualizations of the human interior expressed in these narrative texts were anchored in Greco-Roman philosophical, didactic and cultural traditions – whether directly or indirectly – and how this anchoring contributed to the exhortative as well as transformative goals and effects of these texts.

In the decades after its founding by Honoratus of Marseilles around 410 CE, alumni from the island-monastery of Lérins began occupying numerous important episcopal seats throughout late-antique Gaul. Most of these influential Lérinian bishops became the subjects of their own hagiographical vitae, written by Lérinian authors. In its own time, Lérins was renowned not only for its powerful alumni, but also for its focus on personal development through strict ascetic practices inspired by eastern Christian monasticism. The ultimate goal of these ascetic practices, as well as the overarching Lérinian monastical programme, was the complete transformation of the inner life of its monks. Nevertheless, the role of the Lérinian hagiographical corpus in this transformative programme has not yet received due attention.

In general, hagiographical texts are characterized as paying little to no attention to the interiority or personal development of the saints whose lives they describe. Indeed, in many hagiographies, the saint is portrayed as a ready-made instrument of God; already as close to perfection as humanly possible from the moment they were born. Lérinian hagiography, however, should be seen as an exception to this characterization, showing a serious interest in the inner lives of the saints and the people they interacted with. An examination of these texts, therefore, can deepen our understanding of conceptualizations of interiority and the Self in early Latin hagiography. Furthermore, by investigating the anchoring of these conceptualizations in Classical philosophical, didactic and cultural traditions, this project hopes to provide new insights into the role of monastic movements in the far-reaching transformations of Greco-Roman culture in fifth-century Gaul.

Finally, this research will contribute to our understanding of the role of hagiographical texts in the (self-)fashioning of monastic and urban communities in Late antique Gaul. It will do so by examining the way Lérinian hagiographies were influenced by ideas concerning the relationship between the ascetic life of the individual monk, nun, or saintly bishop and the monastic or urban community to which they belonged – as well as by examining the way hagiographical texts could be used as an instrument in helping to shape these relationships.