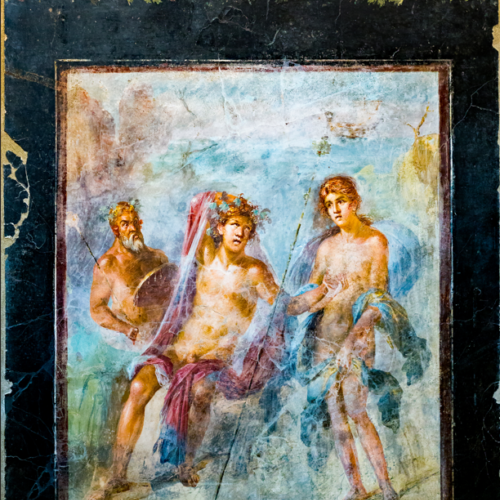 It is generally taken for granted that the ‘new poets’ or ‘neoterics’ of the middle of the first century BCE occupy an important position in the history of Latin literature. But the nature, the parameters and the true extent of their originality and of their subsequent influence on later authors have never been fully measured. How can we achieve a more fine-grained understanding of their poetry and its impact? I believe that some progress can be made in answering this question.

The aim of this research project is to arrive at an accurate appreciation of the place to be assigned in Latin literary history to the poets who were active around the middle of the first century BCE and who are usually referred to as the ‘new poets’, or the ‘neoterics’. On the one hand, I shall study the ways in which this poetry is anchored in Greek literary traditions, especially of the Hellenistic period. On the other hand, I also want to investigate the reception of these poems by later Roman authors. I shall focus on a group of poems that have been defined as epyllia (a very contested term, of course) by many, but certainly not by all, scholars. Centred around Catullus 64, a poem often deemed to be representative of the Latin epyllion, my corpus will include fragmentary works from the same period such as Cinna’s Zmyrna and Calvus’ Io, among others. Many aspects of these Latin epyllia are not in themselves new: their tendentious engagement with traditional epic, their idiosyncratic attitude to narrative forms, and their complex interweaving of obscure mythical content and contemporary political subtext can already be found in Greek poetry. Callimachus has played a central role in many discussions of these subjects, but it seems clear that other models and sources must also be considered. Once a clear vision of the Greek background has been achieved, it will be possible to go on to study the possible allusions and references to neoteric epyllia in Latin poetry down to the Flavians. My hope is that this approach will enable us to determine more precisely the specific features and particularities of the Latin ‘epyllion’, to clarify parameters for further study, and to facilitate a better understanding of the ‘epyllion’s’ pivotal role in Latin literary history.