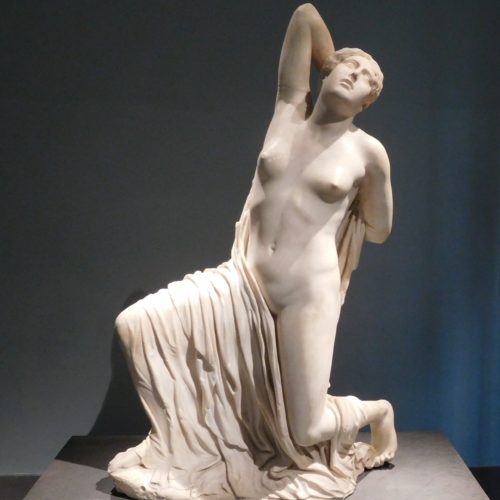 From the 3rd century BC onwards Rome was filled up with ‘non-local’ objects. The great Roman conquests of the period, like the conquest of Syracuse in 211 BC, were followed by triumphal processions in the city of Rome. Those triumphs were spectacles never witnessed before by the Romans and they brought an abundance objects from all over the conquered world to Rome in the form of war spoils. Among these spoils was a great amount of Greek “art”. After the processions these artworks were displayed in public contexts in Rome, like temples and porticoes. They became an integrated part of the Roman cultural environment and daily life, changing Rome on multiple levels – and this was also perceived as such by the Romans.

Recent debates on Hellenisation and Romanisation have highlighted the dynamic role of material culture in the Roman world. Within this framework, this archaeological research focusses on a specific category of non-local objects: the introduction of original Greek statues and their impact on the development of Rome. Previous research on the original Greek statuary in Rome has mainly taken ancient literary sources as point of departure. These previous studies understand and interpret Greek statues in Rome as an illustration of Roman conquest and as a passive representation of Greek culture. This project works from the crucial different notion that objects, especially when travelling between contexts, possess transformative capacities and their introduction can therefore lead to new practices and new imaginations. In other words, it considers material culture as an instigator of cultural-historical change instead of a mere illustration of these processes.

The specific methodology to approach the research aims consists of comparative analyses of selected Greek statues as part of various contexts throughout different periods: this involves detailed analyses of the individual objects, their material and stylistics features, and their direct context. As its point of departure the project will use the concept ‘object biography’ to explore all the different phases, contexts and interactions in the existence of an object and shed light on how meaning and values are created that accumulate and/or change as the object makes its way through time and space. On the basis of this concept, this project will investigate how Greek statues became entangled with the city of Rome, how this is connected to their biography, and how the introduction and appropriation of these ‘non-local’ statues was connected to change and innovation in Republican Rome.