Staged Narrative as an Anchoring Device: Narratology, Intermediality and Cognition in Sophocles 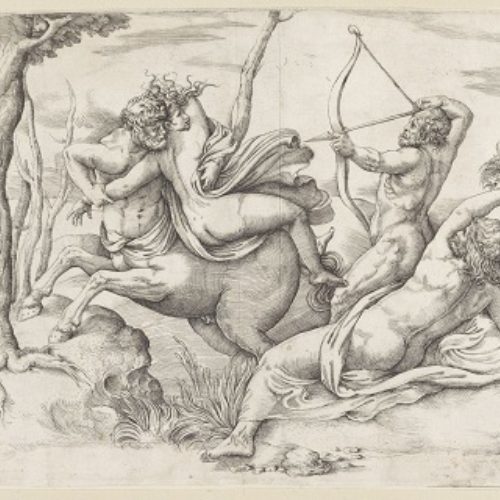 Modern scholars consider narrative passages as an aberrant feature of drama. Its prevalence in Greek tragedy, however, demands an explanation; at the very least, it demonstrates that dramatic narrative must have been popular with the audience. I posit that narrative, which was familiar from established genres such as epic and lyric, functioned as an anchoring device that contributed to the audience’s acceptance of the new genre of tragedy.

In my research, I explore the factors that contributed to the success of dramatic narrative as an anchoring device. I believe that an understanding of theatrical experience and the audience’s perception of stories performed on stage is essential in explaining the various roles of tragic narrative. For this reason, I combine a narratological approach with intermedial and cognitive angles of analysis, focusing on Sophocles, whose style is marked by a strong predilection for narrative. The main research question I aim to answer is: how did narratological, intermedial and cognitive factors contribute to the effectiveness of dramatic narrative as an anchoring device in Sophocles’ works?

Being a spectator in the tragic audience means putting information together in a mental structure and playing a game of gaps, influenced not only by the power of the text, but also by other performative aspects. Different theatrical cues as well as cognitive processes influence the ways in which spectators try to make sense of dramatic narratives. However, there does not yet exist a study integrating analyses of narrative, performance and cognition. Such a study would offer insights beyond the mere sum of its parts and would help to get a firmer grasp of the audience’s experience of Sophoclean narrative. For example, mental reconstructions of the events related in those narratives could be better understood when the linearity of performance, narratological devices and cognitive concepts such as memory and consciousness are taken into account. My research therefore aims to fill this gap.

The findings can have wider implications, changing the ways we look at performed storytelling and at Sophocles as a dramatist, dispelling misconceptions regarding narrative in the dramatic genre, and refining the ways in which narratology can be applied to ancient drama. More broadly, it would show that anchoring in literature is sometimes better understood by moving beyond the introspective realm of texts, and into the world of audience experience.