Old Roads, New Ways: Adapting and Anchoring the Infrastructure of the Roman Empire in its Northwestern Provinces (ca 50 BCE – 140 CE) 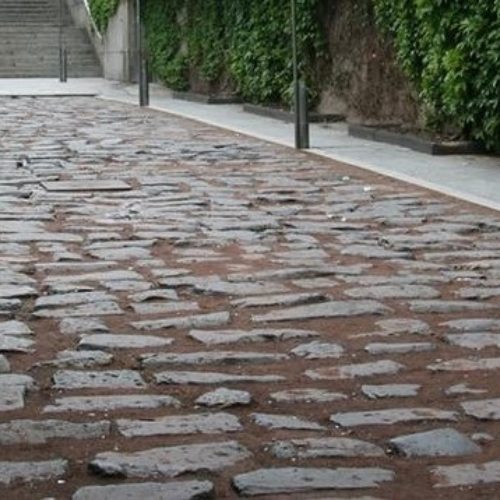 The arrival of the Romans in Northwestern Europe in the late Iron Age resulted in the transformation of the landscape into real Roman provinces known as Germania Inferior and Gallia Belgica, consisting of a northern frontier and its hinterland. The Roman ambition of territorial expansion brought the establishment of different kinds of infrastructure to this landscape. Roman infrastructure did not only include economic and military purposes, but it could also refer to the supply of water and the use of certain buildings serving the public good. Some well-known examples of infrastructure in the Roman north are roads, road stations, the cursus publicus, bridges, harbours, aqueducts and nautical technology. The development of infrastructure in the provinces carried a symbolic value: the increase of the Roman power and size of the imperium (Kolb 2014). Until now, the people and their choices behind this establishment have not been sufficiently addressed in archaeological scholarship. The development of the Roman road network in Northwestern Europe has received much scholarly attention in the last few years. This topic has been studied for a long time by using ancient literary sources, but current archaeological studies show that the existence of a development plan of a road network and the role of Roman authorities in such a plan seems to be questionable.

This research project aims at studying the development and technological innovation of infrastructure in the environmental, cultural and economic context of the Northwestern provinces in the late Iron Age and Roman period, and the role of Roman and non-Roman actors in this developing process. The establishment of new infrastructure requires all sorts of actors, that can be identified in individuals or groups of different social status. For instance, owners of local villas, local communities from the settlements and the military or Roman authorities in the north, all took part in the development and protection of infrastructure. The concept of Anchoring Innovation is used to analyze the environmental, cultural and economic transformations of pre-Roman infrastructure to its Roman state. The research will focus on the period c. 50 BCE – 140 CE, starting with the conquests by Caesar and ending at about the death of emperor Hadrian.

The concept of Anchoring Innovation will be used to examine the Roman perspective at innovation and agency in infrastructural development, which can be analyzed by studying ancient historical and epigraphical sources. The research project will contribute to the discussion whether the establishment of new infrastructure in these provinces did or did not anchor in already existing infrastructure. Several archaeological cases will be examined to find out which types of Roman innovations of infrastructure were anchored and which were not, providing information about the concept of Anchoring Innovation itself.