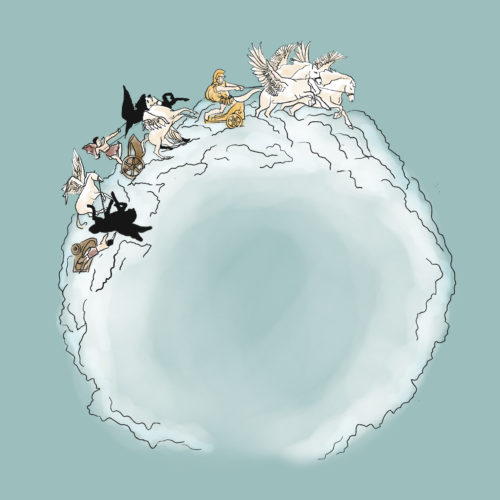 Plato is uncompromising in his criticism of traditional mythology, but myths are nonetheless given a permanent and prominent place within his dialogues. Are these myths mere old wives’ tales – as Callicles is supposed to think in the Gorgias (Grg. 527a) – or does a text-type which is so familiar to the Greek audience play a more crucial role within Plato’s works? What is the function of myth within the Platonic corpus and in what ways does Plato manipulate traditional mythological material in his own myth-making to convey his new philosophical conceptions? Although for centuries scholars have attempted to uncover the function of Plato’s myth-making – some by relying on the findings of anthropologists, others by focusing on the Platonic use of the term μῦθος and others again by interpreting Plato’s philosophical method or his epistemology – the idea underlying this project is that it is only by analysing myths in their essence, qua narratives, that a comprehensive answer to the problem can be found.

Brisson’s contextual analysis (1998) of Plato’s use of the term μῦθος has demonstrated that the noun is employed to describe a narrative which constitutes an unfalsifiable discourse. In addition, he has drawn attention to the fact that myths are often portrayed in the Platonic corpus as being capable of affecting human behaviour like drugs and incantations. Starting from similar findings, the majority of scholars argue that Plato’s myths act upon the narratees’ emotions and have a primarily persuasive function (Edelstein 1949, Tarrant 1990, Clay 2007, Partenie 2009, Fierro 2012, Destrée 2012, Dixsaut 2012, Collobert 2012). A different position is held by Morgan (2000), who claims that myths are employed by Plato especially to direct the narratees’ attention to the limits of language and human knowledge. Scholars not only disagree about the effect of Plato’s myths upon the narratees, but also about the philosophical value of myths: on the one hand, Brisson, Partenie, and Most (2012) affirm that Plato employs myths as powerful instruments for persuading the philosophically untrained to turn to philosophy or to submit to the prescriptions of philosophers. On the other, Stewart (1960), McCabe (1992), Droz (1994), and Trabattoni (2012) regard myth-making as the only possible vehicle of those metaphysical concepts that reason cannot attain. How is it possible that the selfsame texts give rise to so many different and contradictory interpretations? Can innovative instruments of analysis allow for a new interpretative path capable of addressing the issues that dominate the scholarly debate?

Starting from the fact that, as Halliwell (2009) has demonstrated, Plato had a remarkable narrative self-consciousness, this project is grounded in the conviction that the linguistic and narrative devices that Plato employed and the ways in which he interacted with traditional mythological material when writing his myths constitute a clear indication of the effects he wanted to elicit in his narratees and, consequently, of the function(s) that myths were supposed to fulfil within his works. In the light of these considerations, the present analysis of Plato’s myths will be conducted by means of the tools of discourse linguistics and narratology, and intertextual research will be carried by comparing the fabulae, stories and texts of Plato’s myths and those of the traditional myths that make up their intertexts. In this way, it will be possible to shed light on the ways in which Plato’s adoption of an entrenched text-type within Greek culture constitutes a form of positive/negative anchoring and, ultimately, to uncover the function(s) that myths were supposed to fulfil within his works.