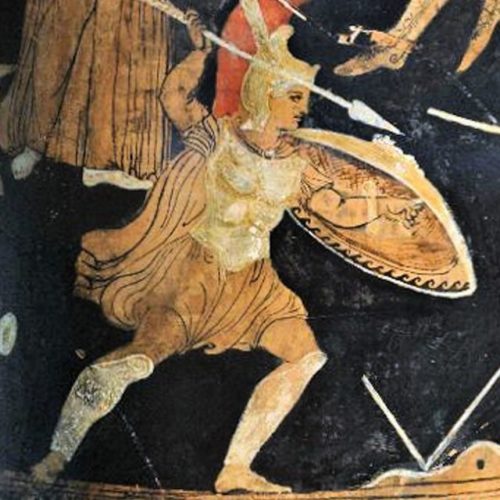 Classical literature is full of stories of military innovation; both long narratives and brief attributions, mythical as well as (quasi-)historical: according to Pliny the Elder, Penthesilea invented the battle-axe and Theseus the peace treaty. Odysseus contrives the Trojan horse in Homer’s epic, and Archimedes’ war machines frustrate Roman attempts to seize Syracuse in Polybius’s Historiae, Plutarch’s Vita Marcelli and Livy’s Histories. The anonymous inventor of war is cursed in Sophocles’ Ajax, and the god Pan invented the phalanx formation, according to Polyaenus’s Strategika. All of these stories anchor a phenomenon in an inventor or group of inventors from the past.

This PhD project will examine these Greek and Roman tales of military inventions: inventions of (1) the instruments of war, (2) individual tactics and strategies and (3) ‘warfare’, ‘writing about war’ and ‘strategy’ (as a science). How do the Greek and Roman authors anchor military innovation in inventors, myths, common knowledge, or traditions of the past? I will answer this question by analysing the rhetoric and poetics of invention in a corpus that contains many stories, narratives and attributions.

These stories will be analysed on two conceptual levels. First, how is the invention described? What language do authors use to talk about military inventions? Are the stories written in a detailed technical register, or are they general and meant for an non-specialized audience?

Second, why is the invention mentioned? Why does war need agents of change at all? Are these narratives meant to blame (for inventing the horrors of war) or praise certain individuals or groups? Do the ancients think superior technology rather than courage or fortune wins wars? Is the invention of war an indication that warfare can be learned? Are such narratives used to shape the identity of groups and professions (e.g. tacticians, soldiers, military engineers)? As explained below, the concept of Anchoring Innovation is the perfect tool to analyse narratives of military invention.