Hellenism in the Roman Late Republic and the Augustan Period. Anchoring through Translation in Literary and Material Culture

Home > Projects > Hellenism in the Roman Late Republic and the Augustan Period. Anchoring through Translation in Literary and Material Culture 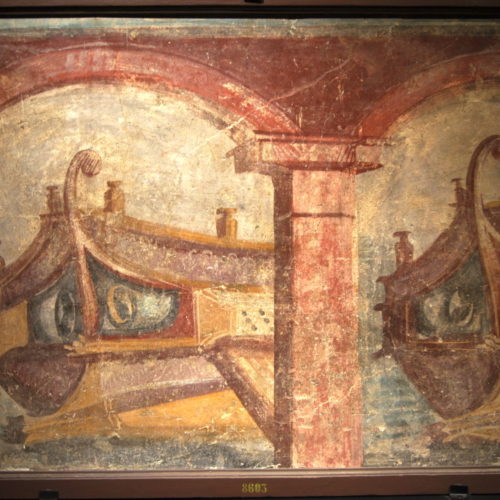 The poetae noui (literally ‘new poets’) of mid 1st century BC Rome were poetic innovators. They innovated in lots of different ways, from their subject-matter to their stylistics to the vision they offered of what good poetry should look like. But in order to introduce their innovatory poetry, they needed to anchor their innovations in the lived experience of their audience. They drew on something that their audience was becoming more and more familiar to them: Greek culture.

Metaphors of importation in relation to Greece and Greek culture are frequently found in the poetae noui, along with mentions of goods, artworks, literary works and slaves imported from Greece. My project will set out to explore the discussions of importation found in the fragments of Cinna, Calvus and Furius Bibaculus, in order to show how the Roman poetae noui introduced innovations in their poetry and anchored them through connecting with this influx of Greek culture.

The mid-1st century BC was a period of rapid expansion in the Greek East, and Rome’s wars of conquest brought huge amounts of Greek products into Rome. It was not just goods: huge numbers of Greeks were enslaved and brought to Rome. The Roman conquest of the East was a key driver of change in Rome, socially, economically, politically and culturally.

Greek culture had never been so accessible in Rome’s history, and the poetae noui took advantage of their Roman audience’s new found familiarity and interest: from alluding to well-known parts of Hellenistic literature to mentioning imported Greek luxury goods. By anchoring the poetic innovations they were making in this prevalent Greek culture, the poetae noui could better justify and gain authority for their antagonistic stance towards their Roman literary predecessors.