Expressing the Inexpressible: the Linguistic and Literary Style of Plotinus

Home > Projects > Expressing the Inexpressible: the Linguistic and Literary Style of Plotinus 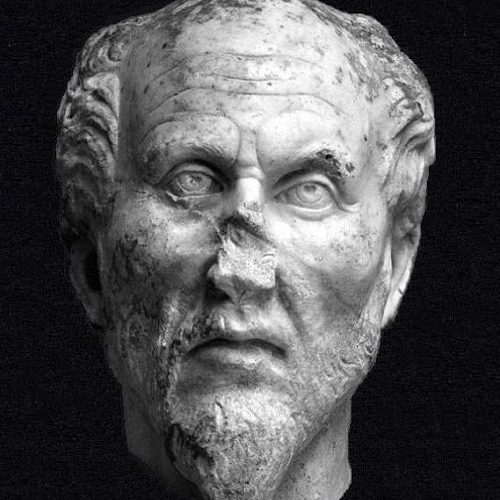 In his Enneads, Plotinus presents his interpretation of Platonic philosophy, which has become known as the foundation of Neoplatonism. The writings have a very complicated nature, as Plotinus attempts to express his abstract through the use of traditional vocabulary. Therefore, the texts have often been regarded as obscure, or even as demonstrating a lack of proficiency in Greek. At the same time, the Enneads possess a clear literary quality, which is attainted through the use of stylistic and literary means, such as references to Homer and classical mythology. In my project, I will analyse the literary style of Plotinus: how was his innovative philosophical thought anchored in linguistic and literary means.

Plotinus’ Enneads are unique in the history of ancient philosophy. In these treatises, Plotinus offers an innovative perspective on Platonism. Whereas his predecessors, for instance the philosophers of Middle-Platonism, wrote rather static ontologies in the form of commentaries on the Platonic works, Plotinus does something which is radically new. His treatises offer the reader many dynamic and novel discussions of the Platonic philosophical system. He in fact produces his own philosophical system, which is fundamentally based on Plato, but also incorporates theories from other philosophical schools (Aristotle, the Stoics). Already in Plotinus’ own time, this neoplatonic philosophy was very successful: his student and biographer Porphyry, notes with admiration that he had many followers who attempted to live according to his prescriptions.

This success was by no means self-evident, as Plotinus wrote and presented his treatises in the competitive scholastic context of the 3rd century ce, in which particularly the Gnostics became Plotinus’ rivals. After Plotinus, many other Neoplatonists (Iamblichus, Proclus) were active, but they did not manage to attain the same level of success as Plotinus had with his Enneads. Yet Plotinus’ treatises themselves have a highly complicated nature: they are written in an obscure form of Greek, of which even his students had difficulty in gaining a full understanding. At the same time, his treatises possess a clear literary and rhetorical quality, which, as I will argue, played a major role in how Plotinus became such an accomplished philosopher. This contrast – successful, yet obscure – is fascinating, all the more because we know, through Porphyry, that he was very reluctant on committing any of his thought to writing.

In the scholarly literature, however, the linguistic and literary style of Plotinus’ works has been acknowledged in passing, but has never been discussed extensively. My PhD-thesis attempts to fill that gap and present the first treatment of Plotinus’ innovative thought from the perspective of the linguistic and literary aspects of the Enneads. How did Plotinus successfully anchor his ideas through the form of its literary presentation, despite the obscure character of his texts and philosophy? And what light does this shed on the relation that Plotinus had with other contemporary philosophers?