Claiming Ancient Rome’s Heritage: the Translatio Imperii as an Anchoring Device in Neo- Latin Poetry at the Court of Lorenzo de’ Medici (1469-1492) and Other Late 15th-Century Courts in Italy

Home > Projects > Claiming Ancient Rome’s Heritage: the Translatio Imperii as an Anchoring Device in Neo- Latin Poetry at the Court of Lorenzo de’ Medici (1469-1492) and Other Late 15th-Century Courts in Italy 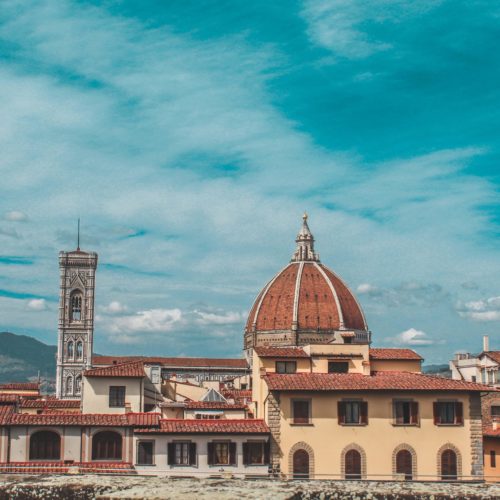 This project studies the reception of a concept from Antiquity, the so-called translatio imperii, the idea that there is a natural succession from one culture to another. In Antiquity, an authoritative user of this scheme was Vergil, who linked in his Aeneid Augustus’s Rome with Troy. In the Early Modern period, the translatio scheme was used by many authors who wished to legitimate their new centre of power and to provide it with prestige. The concept of translatio anchors the innovation that is formed by the new centre of power, by establishing a connection between Antiquity and the Early Modern centre.

To study this anchoring process, my project focuses on the encomiastic Neo-Latin poetry that has been written in late 15th-century Florence by humanist-poets and has been dedicated to Lorenzo de’ Medici. Scholars in the field of Neo-Latin studies have recognized the late 15th-century court of Lorenzo de’ Medici in Florence as one of the most prolific centres in the history of Neo-Latin poetry, and many philologists have been paying attention to it, applying a great variety of methodologies and approaches. The wide interest in late Quattrocento Florentine poetry comes as no surprise, since Lorenzo de’ Medici attracted numerous gifted humanist-poets who dedicated a great amount of poems to him, written in various genres and metres. Both in their openly encomiastic writings and in poems which primarily deal with non-encomiastic themes, these “Laurentian” poets imaged Lorenzo as a capable ruler of Florence, modelling him as a leader of ancient Rome. This rhetorical process formed an important part of Medici propaganda, as it tried to legitimate and give prestige to Lorenzo’s reign, which lasted from 1469 until his demise in 1492.

As historians of Quattrocento Italy have indicated the peculiar governmental situation in Florence, a city de iure organized as a republic in the 15th century, yet de facto nearly a monarchy by the time of Lorenzo, the imaging of Lorenzo’s political primacy in Neo-Latin court poetry has received far less attention. Therefore, this project proposes an in-depth study of the Neo-Latin poetry originating at Lorenzo’s court, aiming to determine which rhetorical strategies are used by poets to legitimatize Lorenzo’s reign with references to leaders from Antiquity. Since the same propagandistic use of the translatio imperii scheme has been made on behalf of other late 15th-century rulers in Italy, I will compare contemporary writings originating from other cultural centres in the peninsula with the main poetic corpus, seeking to detect significant similarities and differences in their use of the translatio scheme.