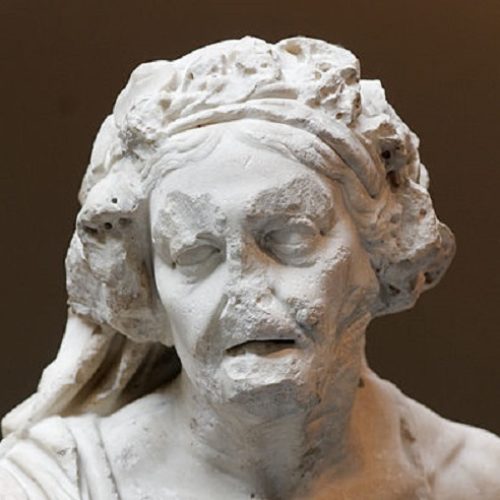 In the Hellenistic period, the preferred aesthetics of poetry shifted to an elevated sense of realism and a focus on characters who existed mostly in the literary margins of the preceding Archaic and Classical periods. Consequently, women of various backgrounds feature more prominently in the known corpus of Hellenistic poetry and are depicted in innovative ways. For example, typical domestic scenes are treated as stand-alone subject matter, and women discuss sex and relationships both inside and outside the house as part of ordinary conversation. In other words, common themes and motifs associated with women and the feminine in previous literary traditions appear in reimagined ways throughout the known corpus of Hellenistic poetry.

My research project studies the ostensible dichotomy between tradition and innovation in the portrayal of women in Hellenistic poetry, using the framework of anchoring innovation. The underlying assumption of this project is that the innovative portrayal of women in Hellenistic poetry is anchored in the occurrence of gendered themes and motifs that are prevalent in previous depictions of female characters.

In order to research the anchoring of these innovations, I employ a close-reading analysis of four literary themes that have been recognized as female verbal genres by sociolinguistic scholarship, and have subsequently found their way into literary texts. These themes – namely lament, gossip/volubility, seductive persuasion, and deception – are employed frequently in various forms and genres within Hellenistic poetry, and also have a long (and widely researched) tradition within earlier Greek poetry. The corpus used is a broad selection of Hellenistic poetry (ca. 300-100 BCE) written by both male and female authors and containing (implied) female characters, either as first-person speakers or as a characters in narrative poems with occasional direct speeches.

Through this analysis, I can: