Anchoring Social Change: Body and Grave Technologies at the Onset of the Mycenaean Era

Home > Projects > Anchoring Social Change: Body and Grave Technologies at the Onset of the Mycenaean Era 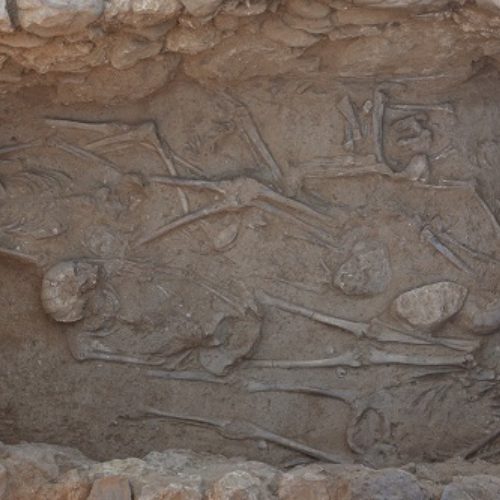 This project considers the complex relationships between the social and biological dimensions of kinship at the transition from the Middle to the Late Helladic or Mycenean period in the Southern Greek Mainland. The aim is to investigate the ways in which changing kinship affiliations and by extension social change are anchored in the traditional kinship structures of the Middle Helladic period in a way to convert developments in building techniques of graves and new ideas in treating the dead into successful implementation and actualized innovation in the mortuary context.

At the onset of the Mycenaean era, kinship-based village societies gave way to social elites and regional centres across the entire southern Greek mainland, although these transformations were not uniform across space. In the sphere of mortuary practices, extra-mural cemeteries were organized and larger, deeper and more complex graves replaced simpler cists and pits; communal tombs with multiple burials replaced single inhumations; and the re-use of tombs and the secondary treatment of the deceased became a common practice. All these innovations characterize the new, Mycenaean mortuary practices and indicate emerging social divisions between age, gender, and status groups. The ultimate aim of this project is to investigate how these divisions are anchored in the traditional kinship structures, through which experimentation in mortuary variation and innovative construction strategies are channeled.

In this respect, the project applies a people-centered approach and pulls together archaeological theory, mortuary archaeology and biodistance analysis to explore issues of kinship but also broader gene flow. The analysis focuses on the extramural North Cemetery in Ayios Vasileios (the site of later Mycenean palace) in the Peloponnese, Laconia (MHIII-LHII/IIIA) while the observed patterns are compared to those seen in the contemporary burial ground of Kirrha (MHIII/LHI-II) in Phocis, central Greece. The focus will be to decipher the processes of interaction between old traditions and innovations in both the actual, physical remains of humans and the structures made by the living to hold their remains after death. This will allow to explore further the impact of such processes in the emergence of new kinship relationships and social roles at this transitional period of Aegean prehistory.