Anchoring Prose via (or against) Poetry in Herodotus

Home > Projects > Anchoring Prose via (or against) Poetry in Herodotus 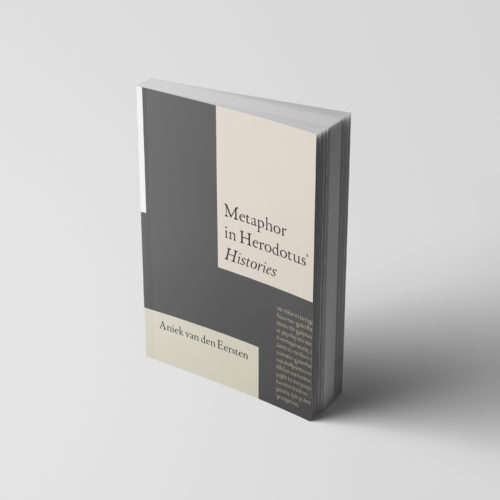 Fifth century BC Greece witnessed a major innovation: the emergence of written prose as a new medium of communication, next to oral (or aural) poetry. This innovation is not a mere literary phenomenon but concerns society at large.

To beat the authority of the poets

Poetry, both epic and lyric, was the main repository of collective memories of the past and was consumed publicly at all kind of religious and secular occasions. When the ‘father of historiography’ Herodotus invented his new genre and chose the new medium of written prose, he thus faced a major challenge, one also faced by the later philosopher Plato: to beat the authority of the poets. Herodotus’ solution was to anchor his new genre and medium by posing as a new and better kind of Homer.

Anchoring prose via (or against) poetry in Herodotus

Whereas Herodotus’ invention of the genre of historiography has been amply studied, this PhD project aims at investigating his equally important, but much less researched, contribution to the development of the new medium of written prose (and its anchoring), from the shift of poetry to prose. This shift so far has been investigated mainly on the level of style (e.g. Haberle 1938, Dover 1997) or genre, i.e., the distinctive nature of historiographical prose as memorialization of the past, vis-à-vis poetry or other prose genres (Goldhill 2002 and Grethlein 2011). The first research question of the PhD-project is whether there are narratological differences between poetic and prose narrative. This question has not much occupied modern narratologists, who quite naturally, have focused on prose (the novel), and only recently have turned to poetic narrative (Hühn-Kiefer 2005 and McHale 2007). Classicist-narratologists have worked more on poetic narrative, of course because of the central importance of the epic genre, and on prose narrative, too, but they have hardly reflected on differences between the two.

The first poetic text to compare Herodotus Histories with will be Homer, i.e. passages that cover the same events (e.g. the story of Helen) or similar ones (e.g. battles). In the second place, stories told by both Herodotus and lyric or dramatic poets will be compared, e.g. the battle at Salamis (also told by Aeschylus in his Persians, see e.g. Pelling 1997) or Croesus on the pyre (also told by Bacchylides, see Segal 1971). Herodotus’ own explicit comments on poetic narrative, which usually are negative (Verdin 1977), will also be taken into account.

Some first narratological comparisons of Herodotean and Homeric narrative (Dewald 1987, Marincola 1987, Rengakos 2001, de Jong 2004, and Rood 2007 ) have shown that there are indeed differences, which partly flow forth from the difference in genre (the two issues medium and genre are of course closely related). But they have also brought to light continuities. Thus the second research question of the PhD-project will be to lay bare the tension between Herodotus’ criticism of poetry and actual adoption of many of its devices. One of the exciting outcomes may be that anchoring can also take the form of (ostensible) rejection.

The main theory used will be narratology, which has been amply applied to Greek historiography (e.g. Rood 1998, de Jong 2013). Many of the stylistic innovations of Herodotus’ prose can be more fruitfully understood in terms of discourse linguistics (e.g. Allan 2006). Since another motor behind the early development of Greek prose was rhetoric, ancient rhetorical theory (Lausberg [1960]1998) will also be taken into account.

The results of the PhD project will in the first place benefit classics, increasing our understanding of Herodotus, one of the canonical authors of Greek literature and one of the core authors of the Dutch Gymnasium curriculum. Secondly, since intermediality at the moment is a hot issue in comparative literature (e.g. Ryan 2007, Grishakova –Ryan 2010 ), an in-depth study of an author who has ‘translated’ storytelling from the one medium, poetry, to the other, prose, will be of major interest to this group of scholars. Finally, our contemporary world, like Herodotus’, is also confronted with a media revolution (the introduction of electronic media). Its effects on society and culture (including literature) are massive and not unproblematic (e.g. Kress 2003). Understanding the anchoring strategies of the past may help to tackle those of the present.

Relation to other ‘anchoring’ projects and institutional embedding

This project is closely related qua corpus (historiography) and methodology (combination of narratology, discourse-linguistics, rhetoric) to the Postdoc project ‘Describing a changing world: Greek and Imperial Latin Historiography and the Discourses of Innovation.