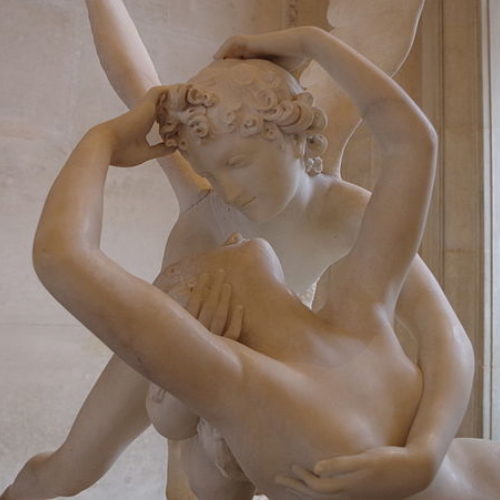 Plato’s ideal love, as famously depicted in Symposium and Phaedrus, is asexual and between two men. Ancient Platonism, however, made room for male-female (‘heterosexual’) relationships and for sex. This part of the Anchoring Innovation project studies this innovation in Platonic love.

In everyday language, Platonic love is love in which no sex is involved. And indeed, there are passages in Plato’s elusive dialogues which advise to abstain from sex in a relationship. These passages, moreover, make it clear that such an ideal, purely intellectual relationship exists between two men. In the ancient Platonic tradition, however, a shift took place: for some Platonists, a good relationship could include a sexual component and was a relationship between a man and a woman (today we would this a ‘heterosexual’ relationship). Odd as it may seem, Platonic love could now include Platonic sex.

This project within the Anchoring Innovation framework will be the first study of this shift. It will analyse the concept of Platonic sex as an innovation which was anchored through the creative practice of commenting on Plato. This practice allowed Platonists to innovate while maintaining Plato’s authority.

Most notably, Platonists used Plato’s thoughts on nature and cosmology to develop their sexual ethics. Their brand of ethics was, in other words, ‘cosmological ethics’: we should learn about the good life by studying the good universe. For a Platonist, after all, our sensible world is a well-made copy, an image of an intelligible model. This found an application in matters of love: when Platonic cosmology is taken into account, sensible love can be valued as an image of intelligible love.