An Egyptian Fiscal Revolution: the Spread of Coinage Through Early Ptolemaic Society 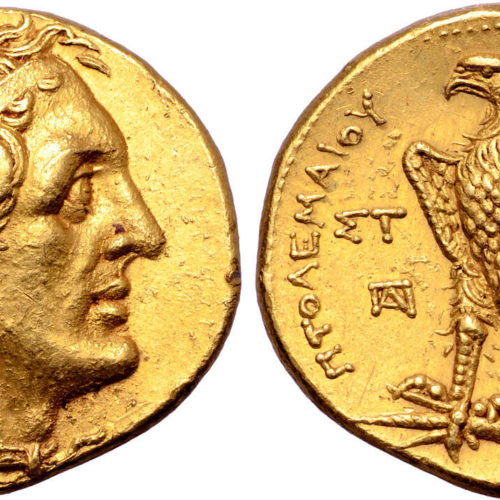 When Alexander the Great in Egypt arrived in Egypt in 332 BCE he brought his coinage with him. This became the first widespread coinage in Egypt, but one that appeared firmly anchored in the Greek tradition of its minting authority. Despite its novelty, it quickly became entrenched in Ptolemaic society’s economic and daily practice, seemingly overcoming the practical difficulties of changing the fiscal base unit of an entire kingdom. This rapidity suggests that the population was very open to the transition, so what was it about Ptolemaic Society that made it so easy for the coinage to take hold?

The introduction and subsequent rapid spread of coinage in Egypt has historically been framed as top down change, because the complications of such a change render it unlikely that the population would inflict such a happening upon themselves. However, the speed and efficiency of the change suggests that while the idea may have come from the top, it was readily embraced by the other levels of society. Rather than assert that either the population in some way rose up and demanded coinage or argue that the arrival of coinage was inevitable, this project concentrates on what it was about Ptolemaic society that made it so ready to accept coins. Consideration of the various contexts that created the society will highlight specific features which helped to smooth the transition and show how they are reflected in early coinage and economic policy decisions. The uniqueness of this transition is important, not just because of the ease with which it was accomplished, but because it allowed the minting authorities to implement some revolutionary numismatic choices of their owns, most notably the introduction of portraits within the subjects’ own lifetime.

There are two particularly crucial elements (among many others) that will contribute to the successful execution of this research. The first reflects on why we believe the change happened so easily. Utilizing the recent advances in coin databasing alongside traditional research methods, the project will analyse the social and geographic penetration of Ptolemaic coinage, alongside the timeline of the change to assess the actual spread and acceptance of them. The second is concerned with ensuring that, despite the outwardly Greek appearance of the coinage and financial infrastructure, the evidence is evaluated in terms that reflect the multiculturalism and diverse influences of Ptolemaic Society. Rather than fall into the trap of viewing Ptolemaic socio-political history as either the perseverance of Egyptian traditions or as a victory of Greek colonialism, all conclusions will be viewed as the result of a unique Ptolemaic society shaped by a range of cultures and influences. Changing this perspective does not guarantee any breakthroughs in the fundamental intention of this research – to better understand what about Hellenistic Egypt made it so ready to accept coinage – but it is an important option to investigate.