Agents of Anchoring: Roman colonies and settlements from the Mithridatic wars to Augustus in Greece and Asia Minor

Home > Projects > Agents of Anchoring: Roman colonies and settlements from the Mithridatic wars to Augustus in Greece and Asia Minor 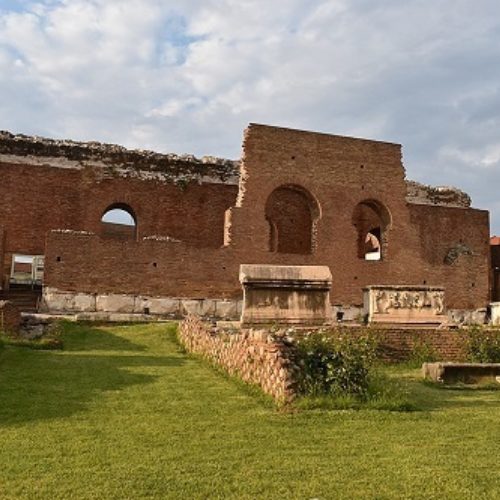 For a long time, Rome has struggled and largely failed to anchor its power in the Greek east via military interventionism, which was made especially clear by the Mithridatic wars. Despite the massacres and upheaval which these wars entailed, Rome would come to rule this part of the world and Roman communities there would flourish anew in the later first century BCE. For the first time now, Roman colonies could be counted among these communities. It is still not clear why colonies were only founded there from this period onward, and what their role might have been in anchoring Roman rule in this region. Moreover, the Roman colonists had to anchor themselves too in a new environment and culture, and had to negotiate their identity and their place in the local network.

My research will aim to analyse how Roman colonial communities anchored themselves (e.g. through interaction with their local environment and communities) in the Greek world between the Mithridatic wars and the rule of Augustus, and to find out what role they played in anchoring Roman rule in the Greek world (e.g. through interaction with the larger imperial structure and their role in imperial strategies). Three main case studies will form the core of my research, namely the Roman colonies of Nicopolis, Patras and Pisidian Antioch, whose internal structure and cultural character will be studied, as well as their local and regional context. The concept of Anchoring Innovation (as set out by Ineke Sluiter et al.) will be used as a key explanatory tool in this research. In turn, this project also aims to increase our understanding of anchoring processes in the Graeco-Roman world.