A New Bible for a Graeco-Roman Audience: Flavius Josephus as an Agent of Change in First-Century Rome

Home > Projects > A New Bible for a Graeco-Roman Audience: Flavius Josephus as an Agent of Change in First-Century Rome 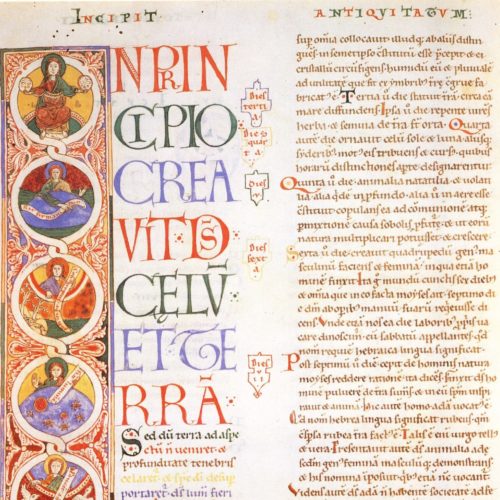 This project comprises two parts. The first is the organization of the transversal workshop on “Agents of Change” across all of the domains of the “Anchoring Innovation” Project, the second is an investigation on Flavius Josephus’s Judean Antiquities, notably its biblical section.

A New Bible for a Graeco-Roman Audience

Flavius Josephus was a Jerusalem priest. He was one of those caught up in the revolt against the Romans, which led to the destruction of Jerusalem in September 70 CE. In the years following his arrival in the capital of the Empire, he wrote his account of the Judean war in Greek (ca 75–79 CE). It took more than twenty years, however, to complete his opus magnum: the Judean Antiquities (ca 93–94), a history of the Judean nation in twenty books, from the creation of the world to 66 CE, the year of the outbreak of the revolt against the Romans.

In the first eleven books of his history, Josephus heavily draws from the biblical tradition, spanning from the beginning of the world described in the book of Genesis to the Hellenistic context of the book of Esther. Yet, he does not simply “re-write” the Bible; nor does he present a mere compilation of biblical sources. Rather, Josephus acts as a cultural broker in a crucial synergistic place such as late first-century Rome. In his opening prologue he declares that he has translated the entire ancient history of the Judean people and their political constitution from the Hebrew records into Greek, a language that he calls “foreign and unfamiliar” (Ant. 1.7). In the same passage, he addresses the Greek-speaking world (Ant. 1.5), a concept which, from the context, indicates a non-Judean audience. On the other hand, other passages of the biblical section of Antiquities clearly point to a Judean target. Josephus seems thus to work with a two-fold scope: he presents a new product to his Graeco-Roman public, as well as a re-interpretation of his own tradition to his Greek-speaking fellow countrymen—the Judeans of the diaspora.

In my investigation I will address the following questions: What is Josephus’s concept of innovation, in his work generally speaking, and specifically in the Judean Antiquities? How far and in which ways does Josephus present his work as something new? How does he relate to his predecessors, notably the Greek translators of the Septuagint? Which strategies does he use to ‘anchor’ his innovation, and how do these strategies relate to his audience? Finally, how far can Josephus be regarded as an ‘agent of change,’ in first-century Rome (and beyond)?